5 Travel Gift Ideas for the Sports Fans in Your Life 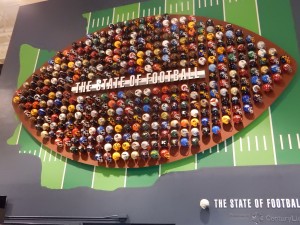 Next February, thousands of football fans from all over the country will be watching the AFC and NFC Champions duke it out in football’s most coveted game. We have access to the Big Game and all the VIP Super Bowl Parties, along with accommodations, transportation, celebrity meet & greets and more!

Are you ready for some football?  The Super Bowl is here and we’re ready for one of our biggest celebrations of the year. That means we have everything covered, all you need to bring is your appetite and your favorite teams jersey! Game time gets that much better when it’s on the beach! Kick back and watch the biggest event of the year on a movie theater sized screen with the back drop of a tropical paradise. The only thing missing is the tailgate so it’s a good thing we have that covered too! Enjoy your favorite game day snacks and of course, plenty of ice cold beer on hand. Super Bowl Sunday at AMResorts is more than just the game, we have activities and games to keep you and your family pumped up all day.

Irrespective of the geographical location and local sporting interests, one event which is most likely to enthrall and attract people from all over the world is the Winter Olympics. With the upcoming Winter Olympics being held in Sochi, Russia from February 7 – 23, 2014; the hype and fanfare  pertaining to this massive global event has already begun.

One of the most debated topics which have bombed the internet is whether or not to see the Winter Olympics live. Yes, sitting within the comforts of your house with a beer in one hand and pretzels in the other does sound quite cool. But, it also sounds equally boring. Or should we say it is too much of a stereotype. So, why not do something unique. Something which will give you memories to last a lifetime. Something which will captivate and enthrall you and allow you to relax and enjoy as well. Go and watch the Winter Olympics LIVE. Here are a few facts which should help you make up your mind.

Do you have your cruise booked?

Hockey fans, how will you be spending February 2014’s Olympic break? 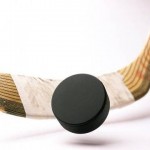 Hopefully you’ll be joining us and other hockey fans for the Hat Trick Cruise! We’ll be sailing the Western Caribbean on Royal Caribbean’s Independence of the Seas, visiting Grorge Town, Grand Cayman;  Falmouth, Jamaica; and Labadee, Haiti, while celebrating all things hockey! Not only will be soaking up some rays, we’ll lacing up our skates, playing hockey trivia, and raising money for Hockey Fights Cancer. (This cruise is a great way to escape the winter blues!) Visit www.HatTrickCruise.com to find out what fundraising activities will be taking place onboard!

Romance readers, cruise with Jade Lee to kick off your 2014 Summer Vacation! 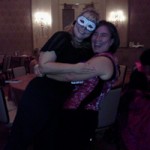 You’re thinking, summer just ended and you want me to think of next summer already? Yes we do! We want you to start your summer sailing the Western Caribbean with USA Today Best Selling Author Jade Lee on Royal Caribbean’s Navigator of the Seas! This novel adventure at sea will depart from Galveston, TX and visit the ports of Falmouth, Jamaica; George Town, Grand Cayman; and Cozumel, Mexico. For more details and to find out how you can reserve your cabin, visit www.noveladventuresatsea.com!

Hope to see you there! Be sure to check out our other upcoming trips at Ingenious Travel!

The Romance Writers of America conference was AMAZING! Not only did I get to sit in on and moderate incredible panels, I got to meet some of my favorite authors, too! And the literacy fundraiser was a complete success raising over $50,000 for three Orange County charities:  ProLiteracy Worldwide, Read OC, and Literacy Volunteers – Huntington Valley.

I’m a die-hard sports fan and got to meet Jaci Burton who pens the Play-By-Play series sports romance books for football, baseball, and hockey. Her newest football book, Playing to Win, comes out September 4th. 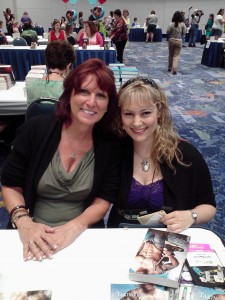 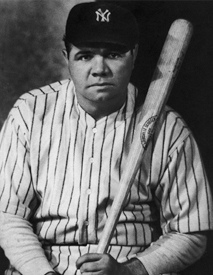 Babe Ruth’s Jersey, worn in 1920 when he was with the Yankees,  sold for $4.4 million dollars just the other day?  This set a record as the highest price paid for any item of sports memorabilia.  And it’s not just the Sultan of Swat’s jersey that has a heavy price tag; his home run balls, his bats and even his contracts command huge sums at auctions.

As long as we have had organized sports, we have had sports collectors.  Whether it’s a group of boys trading baseball cards or corporations bidding hundreds of thousands of dollars, for the privilege of owning a one of a kind piece of sports history, if a sports figure touched it, it’s going to be up for sale.  There is always someone out there who is willing to pay the going price for the pride of ownership.

And it’s just not baseball that racks up these kinds of prices.   Until the sale of Babe Ruth’s jersey, a copy of James Naismith’s founding rules of basketball held the record with a $4.3 million dollar sale price.   Muhammad Ali’s boxing gloves brought in a little over a million dollars when they were sold during an auction in conjunction with his 70th birthday.

If you could have anything that your favorite sports personality used during a winning game, what would it be?

In 1906, in the first American League Victory, the White Sox beat the Cubs, leaving the Cubs to collect a loser’s share of just $439.50.  This is the lowest share on record.

In 1908, the smallest crowd ever, only 6,210 fan, was recorded for attending a World Series.  This was to see the Cubs beat the Tigers.

In 1945 the Chicago Cardinals ended a 29 game losing streak to beat the Bears.

In 1962 Kathy Whitworth one the LPGA Thunderbird Tourney.

In 1964 Mickey Mantle and Roger Maris hit home runs off of back to back pitches.

In 1965 Sandy Koufax pitched his second shutout of the Worlds Series with the Twins, 2-0.

In 1973 Willie Mays last hit helped the Mets beat the A’s in the World Series.

In 1979 Wayne Gretsky scored his first goal on the way to becoming the NHL’s greatest scorer.

In 1986 The decision is made by the IOC to start to stagger the Winter and Summer Olympic Games.

In 1990 Joe Montana passed for 6 touchdowns in the San Francisco 49er’s versus Atlanta for a final score of 45-35.

In 1992 The Toronto Blue Jays won their first ever American League pennant by beaing the Oakland A’s.

In 1996 Chris Jacke of the Packers kicked a 53 yard field goal to end overtime.  Longest field goal on record at the time.

In 2000, Roger Clemens of the Yankees, sets a record of 15 strikeouts during a World Series Game.

In 2007 during the New England Patriots versus Dallas game, Dallas ended up with 100 yards in penalties and were defeated 48-27.

So what were some of your Sports Firsts?  I would love to hear all about them!

How are you spending Mother’s Day?

Posted in Baseball, Hockey, Holiday, Uncategorized, What's Up With Maria, on 6 May 2011, by Maria Stefanopoulos, 0 Comments 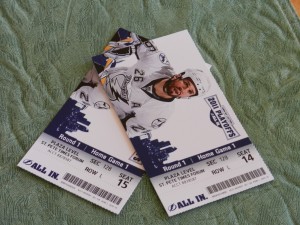 As an early Mother’s Day gift, I took my mom to two Tampa sporting events. The first was to see the Tampa Bay Lightning take on the Pittsburgh Penguins at the St. Pete Times Forum in game three of the Stanley Cup Quarter-Finals. Though she’s still a die-hard Red Wings fan, she’s adopted the Lightning as her Eastern Conference team.  Unfortunately, Tampa lost, but we had great seats and got to see a great game.

My mom loves hockey! She learned the sport when I started working for the Detroit Red Wings, back in the day of the glowing puck. (Do you remember that?) To the long-time hockey fan it was very annoying, but for my mom, and any new fan, it was a great way to learn how to follow the puck.