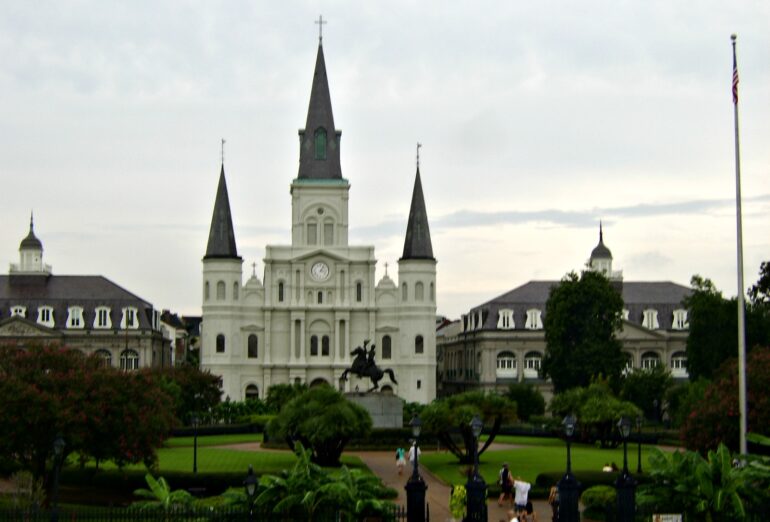 New Orleans is open! For those of you looking for a long-weekend destination, but not wanting to travel too far, visting the Big Easy is a must.

Party like it’s Mardi Gras – even in the fall! New Orleans has so much to do year-round. With joyous festivals, sizzling street food, and mariachi bands around every corner, New Orleans is like nowhere else! Read on to discover the best events you can attend this September. 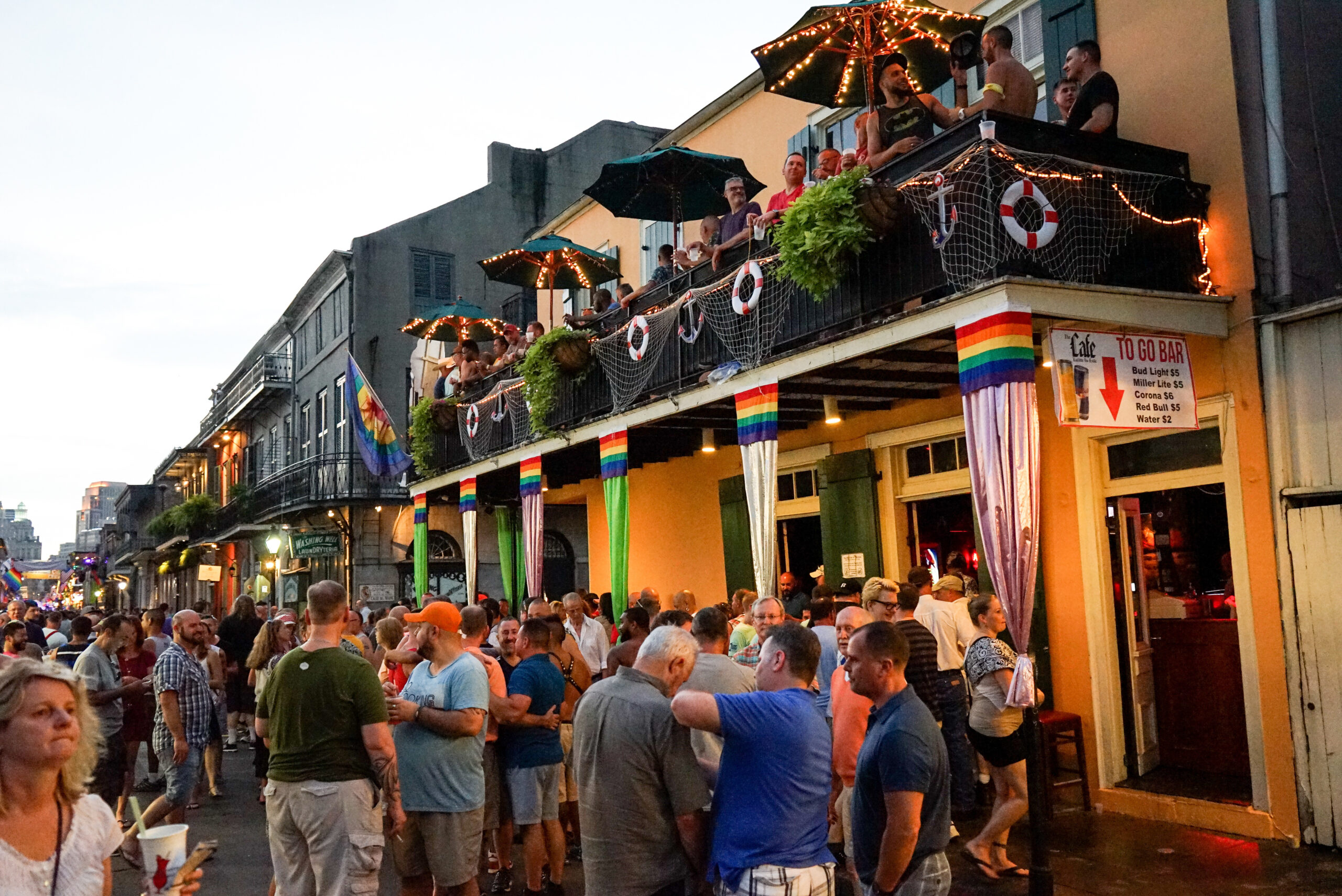 Catch this fun LGBT+ festival from August 6 – September 1! Each year you’ll find parades with glamorous costumes, street parties, jazz concerts, and much more! Over 200,000 people attend every year, bringing “Gay Mardi Gras” to a city that knows how to party!

Posted in Authors, New Orleans, Theme Vacations, Uncategorized, Unique Getaways, What's Up With Maria, on 24 May 2014, by Maria Stefanopoulos, 0 Comments

What a week in New Orleans at the Romantic Times Book Lovers Convention where fans had the opportunity to interact with over 700 of their favorite authors!

If you’re a book lover, aspiring author or published author, this was the place to be. The conference offered over 400 panels, workshops, and parties. If you’re an aspiring author, you may have sat in on a CRAFT panel such as Writing with a Partner or A Novel in 30 Days or Less. For READERs, you had our pick, no matter what your favorite sub-genre, from The Annual Shooting Stars Gala and Reader Party, Hats and Tats, Bad Boy Bingo, and many others

My two favorite panels were the Urban Fantasy – Legwork of the Damned (absolutely lover Kevin Hearne’s Iron Druid Chronicles) and Author Chat: Paranormal & Urban Fantasy with P.C Cast, Kresley Cole, Kim Harrison, and Larissa Ione. These women were fabulous and their books are pretty awesome, too! I was a total fan girl at these events. Here’s a clip from their session:

Overall, there were too many favorite parts to name. It was wonderful seeing all my author friends as well as making new connections. Some of the best conversations took place in the hotel’s bar.

RT will be invading Dallas for next year’s convention. Hope they’re ready for everyone!

Be sure to check out our pictures on Pinterest, too!

Wrap-up from New Orleans and Authors After Dark

The Authors After Dark convention in New Orleans was absolutely AMAZING and I am so looking forward to next year’s convention! The Royal Sonesta Hotel, this year’s venue, was the perfect location for the urban fantasy and paranormal con. We were right on Bourbon Street and in the center of all the action. 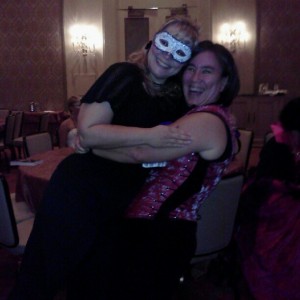 This was another total fan-girl experience! Not only did I get to reconnect with some of the authors I met at the Romance Writers of America Conference, I was able to meet some of my other favorites! These authors never cease to amaze me, their personalities are priceless! 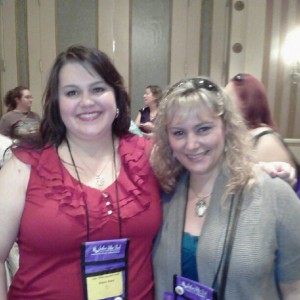 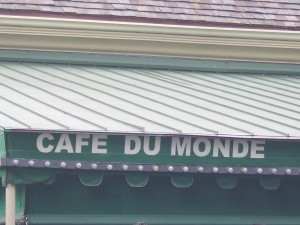 Do you have a favorite author whose books are set in New Orleans? Though many have written about ghosts and other paranormal goings on of the French Quarter, one of my absolute favorites is Sherrilyn Kenyon.

My first visit to New Orleans was two years ago. The draw, Sherrilyn Kenyon’s Dark-Hunter Series. Who wouldn’t be interested in seeing where Greek gods, soul-sucking vampires (Daimons), and those who kill them while protecting the human race (Dark-Hunters) interact in modern day. (Her newest book in the series, Time Untime, was released today. This particular story takes place in Las Vegas, so that’s for another day.)

It was a total fan-girl vacation! I researched the various locations mentioned throughout Kenyon’s books to see which were real then sought them out once I was there. Most were restaurants, so needless to say, I ate well.

I’m headed back to New Orleans tomorrow for the Authors After Dark conference, featuring 80 paranormal and urban fantasy authors. Sadly, Sherrilyn isn’t attending. However, I will reconnect with her and her characters by going back to dine at Brennans and The Acme Oyster House. And, who can go to the French Quarter and not go to Café Du Monde!

What book based city would you like to visit? Contact Ingenious Travel to plan your fan-girl or fan-guy vacation today! 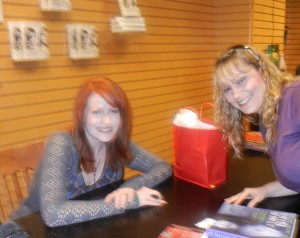 With hockey season over, this summer is starting off the right way, with lots of books. Yes, I’m an avid reader and this summer, not only do I have more time to read, but I get to hang out with a lot of great authors, too! Let the Summer of Authors begin.

I kicked off my Summer of Authors Monday night with Richelle Mead at her book signing for The Golden Lily here in Santa Monica, and so thankful, too, as it almost didn’t happen. While in the middle of a seven city tour, she caught a bug and her son broke his arm. Ah, the life of a working (author) mother! But I digress…

A brief recap:  Richelle opened her session by greeting her fans then reading a scene from her new book The Golden Lily, where characters Sydney and Adrian are preparing to take a self-defense class in Palm Springs. The fans were captivated, myself included. She then took the time to answer fan questions before signing books and posing for pictures. I love how personable and approachable she is!

And to know her work a bit better, Richelle Mead is known for the Georgina Kincaid Series, Dark Swan Series, Vampire Academy Series, and Bloodlines Series. For more information about her, check out her website at www.richellemead.com.

The rest of June seems to be a quite month, only one more signing to see Leigh Bardugo in Redondo Beach. July will be filled with Comic-Con in San Diego and the National Romance Writers of America Conference in Anaheim. August will be fun as well as I’m attending Authors After Dark in New Orleans.

Look for additional updates throughout the summer!

Who are your favorite authors? And, what questions would you like to ask them?