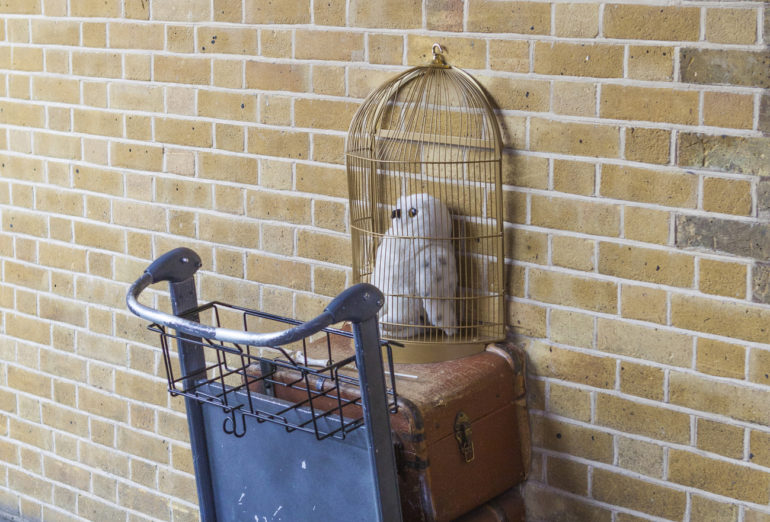 A Harry Potter Itinerary Through the U.K.

Though the last “true” Harry Potter book was published in 2007, and the final installment of the original film series came out in 2011, it’s safe to say that Harry Potter fandom won’t be dying down any time soon. J.K. Rowling has released several complementary books, the London Warner Bros. studio hosts daily tours, and there’s even a hotel that has opened in the U.K. with Harry Potter themed “Wizard Chambers.” If you too have a thing for Mr. Potter, below are just a few things you might want to consider adding to you Harry Potter itinerary through the U.K.

Tour the original studios where Harry Potter was filmed

For more than 10 years the Leavesden Warner Bros. Studio in London was home to the film series. After production “wrapped on Harry Potter and the Deathly Hallows – Part 2 in 2010, the production crew were left with a treasure trove of thousands of intricate and beautifully-made artifacts, many of which wouldn’t have been saved on a typical production.” What was left behind became part of the studio tour allowing fans of the movies to see costumes, props and sets, up-close and personal.

King’s Cross train station created their very own Platform 9 and ¾. Here you can snap a picture in front of the luggage trolley they’ve embedded in the wall, imagining if only for a moment you’re about to take off for Hogwarts. Also located in King’s Cross is The Harry Potter Shop that was decorated to mimic Ollivander’s wand emporium. Yes, you can even purchase a wand here.

Walk through the Forest of Dean.

Stroll the hallways of Hogwarts, er I mean Gloucester Cathedral.

Open nearly a thousand years, the interior of this stunning cathedral was used as the hallways of Hogwarts in films one and two of the Harry Potter series.

Stay in a Wizard Chamber

The Georgian House Hotel has been around since 1851, but in 2014 they opened rooms dedicated to fans of Mr. Potter appropriately called Wizard Chambers. Not unexpectedly, the rooms mimic those of the characters in the film and come complete with trunks, dark wooden beds below velvet canopies, potions, and spell books.

Ready to book your Harry Potter themed escape to the U.K.? Call Ingenious Travel at (888) 695-0321, solemnly swear that you’re up to no good, and we’ll get you there so easily, you’ll think it’s magic!