It’s our last day in Seattle and there is still so much to see and do! Since our flight was scheduled for late afternoon, we had the opportunity to visit three more attractions before leaving for the airport.

First stop on our last day was a tour of Safeco Field, home of the Seattle Mariners Major League Baseball team. I love sports, so doing a stadium or park tour is always fun. For my sister, who’s not a sports fan, not so much, but she was quite a trooper!

These tours provide a behind the scenes look at the goings on in professional baseball. We walked through the tunnel outside the visitor’s locker room then out to the field. (How else can you make it onto the field and not be arrested?) After our short stop on the field, our tour continued to the Key Bank Diamond Club, the press box, and then we spent some time in the owner’s suite. (One thing that stands Safeco Field apart from other stadiums is its retractable roof. It can open or close in seven (7) minutes!) 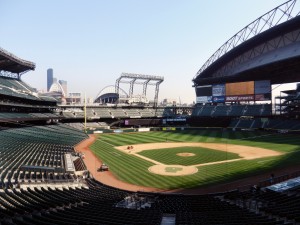 View from the Press Box 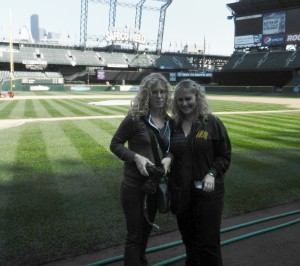 My sister and I on the field at Safeco Field

The Argosy Harbor Cruise tour was wonderful. We took a one hour journey around Seattle’s Elliot Bay and learned a lot about Seattle’s history. Like many cities throughout the Northwest, Seattle was named after an Indian chief, Chief Si’ahi of the Dkhw’Duw’Absh Indians. Seattle was the closest pronunciation for the Chief’s name that the settlers could muster, so it stuck.

We had an up-close view of the third busiest port in the country, including the world’s largest shipping terminals. It was amazing to see all the activity that takes place on the docks. While on our tour, we came across a rare treat of sea lions sun bathing. We were told they are not typically found this far north in September. 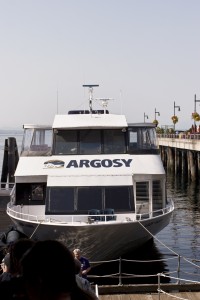 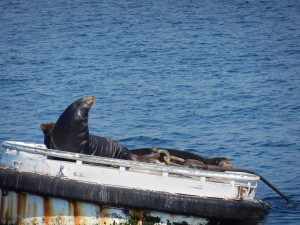 Our last stop of the trip was to the Seattle Aquarium, located on Pier 59. One of the highlights was touching a starfish. From starfish to jellyfish, an underwater dome to the sea otter exhibit, there are all types of Pacific Northwest aquatic life to discover. Gotta admit, watching the sea otters play was quite fun! 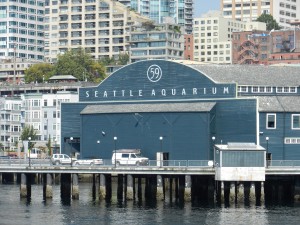 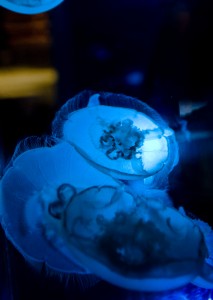 The sea otter…what a cutie!

Well, this wraps up our trip to Seattle. It’s a great location and you need longer than a two-day weekend to visit. Even with our four days, we barely scratched the surface.

Be sure to see more of our pictures on Pinterest!