Must Try Food in Poland

When abroad, there are the iconic sights to see, events you may have traveled the globe to attend, and of course, food to try. The problem comes with picking out the best foods! You don’t want to play hit or miss when time is short, so check out some of the best foods to try the next time you’re in Poland. 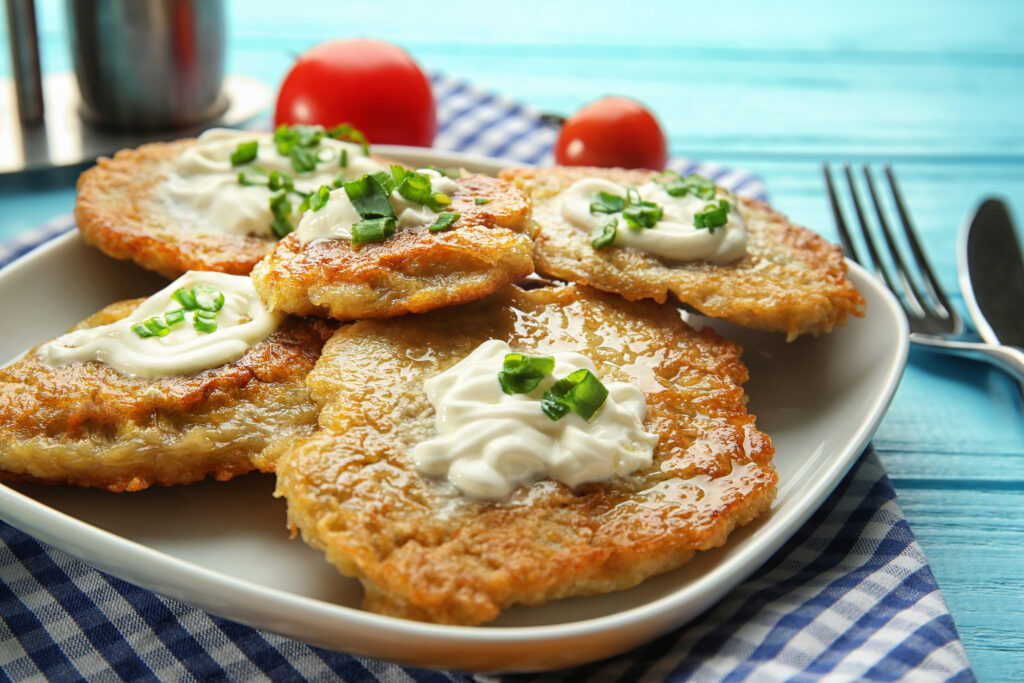 These delicious pancakes are similar to latkes, but instead of just potato and onion, they also have carrot, parsnips, and other vegetables. Kick off your meal with these savory spuds – either sprinkled with sugar or dipped in a dollop of sour cream. 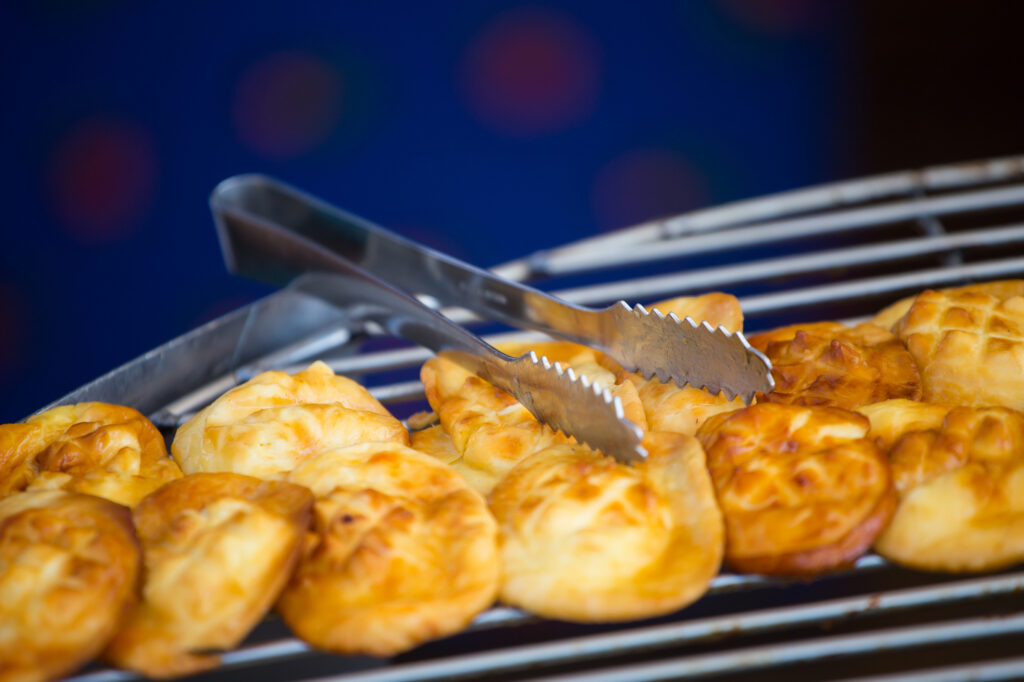 While you’re still enjoying the beginning of your meal, why not try some grilled oscypek, more easily pronounced as “sheeps cheese?” This delicious smoked cheese is made of salted sheeps milk from sheep that are exclusively found in Poland’s Tatra Mountain region. There’s no better place to try it! 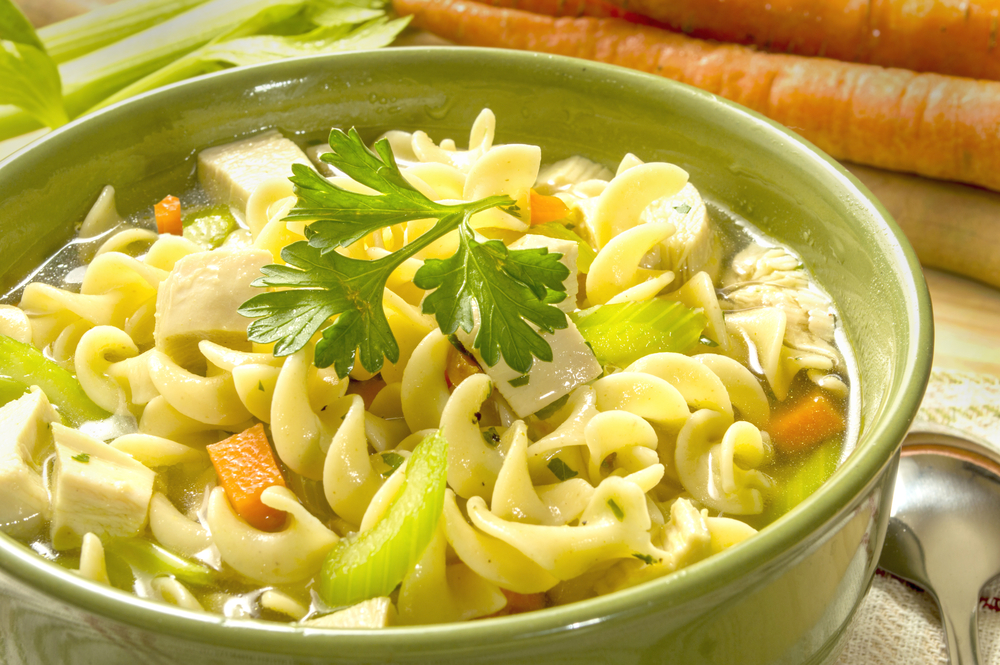 Soup or salad? Digging into a bowl of Rosol, pronounced ruh-soo, can instantly transport you to a simpler time. This Polish chicken noodle soup is very common, and it’s the perfect thing for warming the body on a cold day. It’s made with chicken, cabbage, onion, leeks, celery, and of course, homemade noodles. 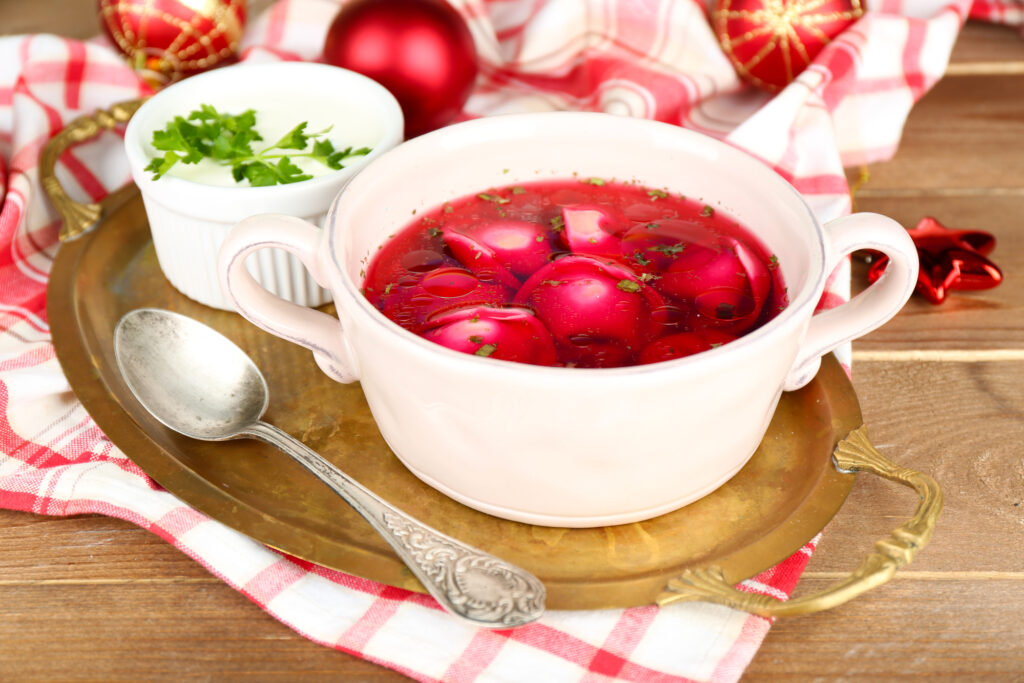 You may have heard of the Russian borscht, but this is barszcz, the Polish version served as a beetroot consomme. Containing onions, garlic, carrots, celery, and sometimes root parsely, this soup is usually preseted as the first course on Christmas Eve, with uszki (little ears) dumplings on the side. Meat or bacon is sometimes added to this soup, but never on Christmas! 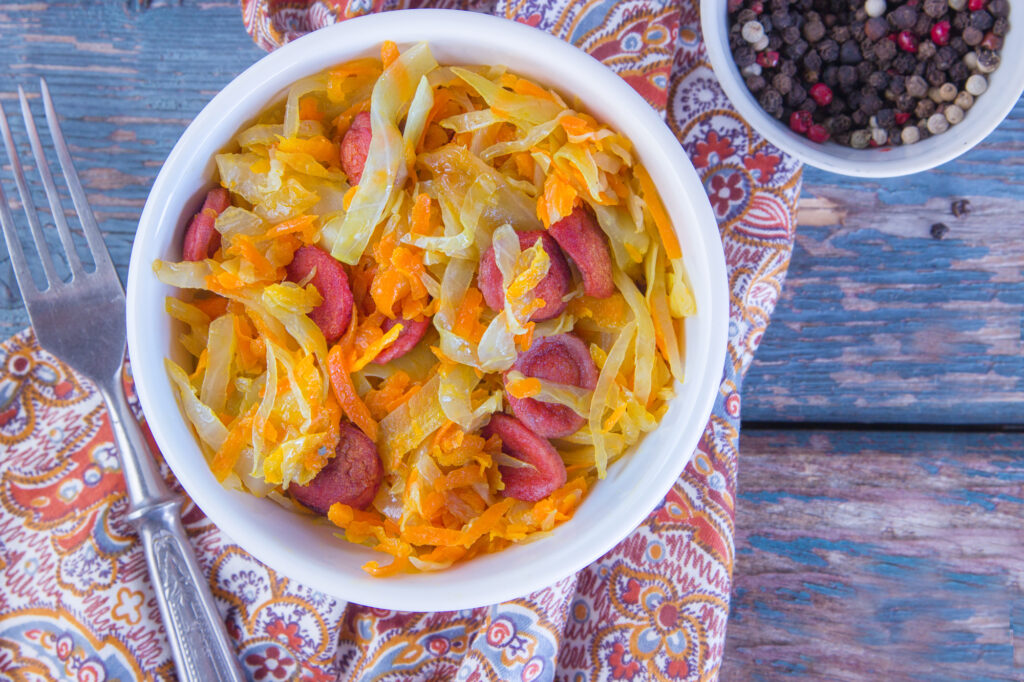 Stews are highly popular in a cold country, and bigos is probably the heartiest on this list. Loaded with white cabbage, sauerkraut, meat and sausage, whole or pureed tomato, onions, honey, mushrooms, and sometimes prunes, bigos is an incredibly traditional dish, served with rye bread or mashed potatoes. With the variety of meats in the stew, it earned itself the nickname “Hunter’s Stew.” While the combination of foods might seem odd, its a must-try while in Poland. 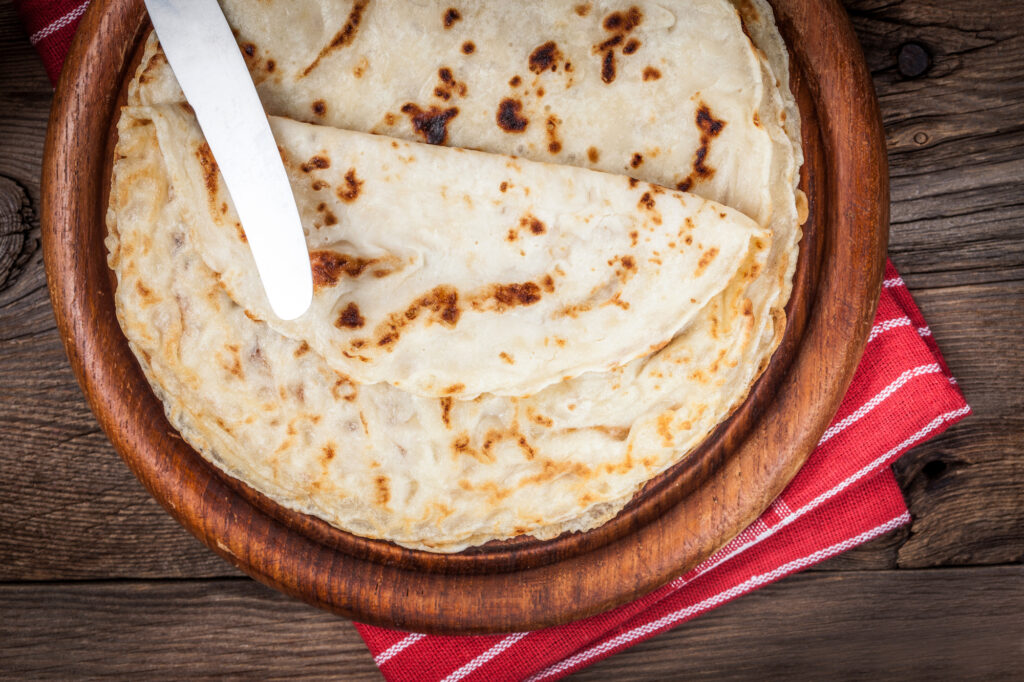 These crepe-like pancakes can be served up with either sweet or savory fillings and toppings. An assortments of jam, powdered sugar, sweetened quark, fruit, cheese, vegetables, meat, and more can be added, mixed together and spread out over the pancake. While all these toppings are enticing, it’s best to stick with sweet or savory in a single pancake. 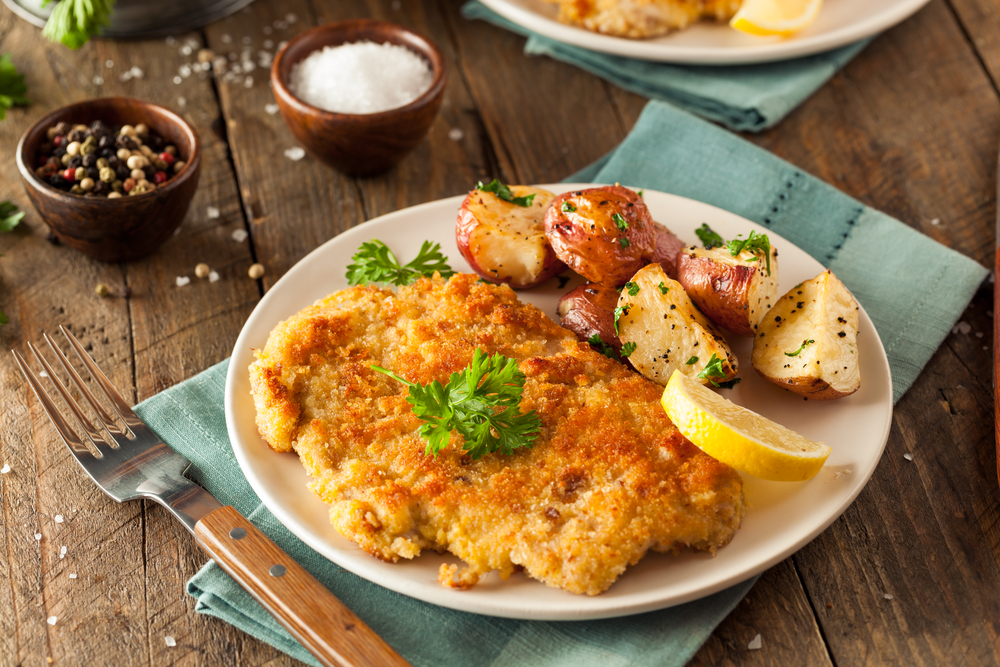 Similar to Viennese schitzel or the Japanese katsu, the Polish kotlet is made of pork tenderloin or a pork chop, coated in breadcrumbs, and fried. This dish dates all the way back to the 19th century, and goes perfectly with buttered potatoes and cabbage salad. For those who are not a fan of pork, chicken is also popular. 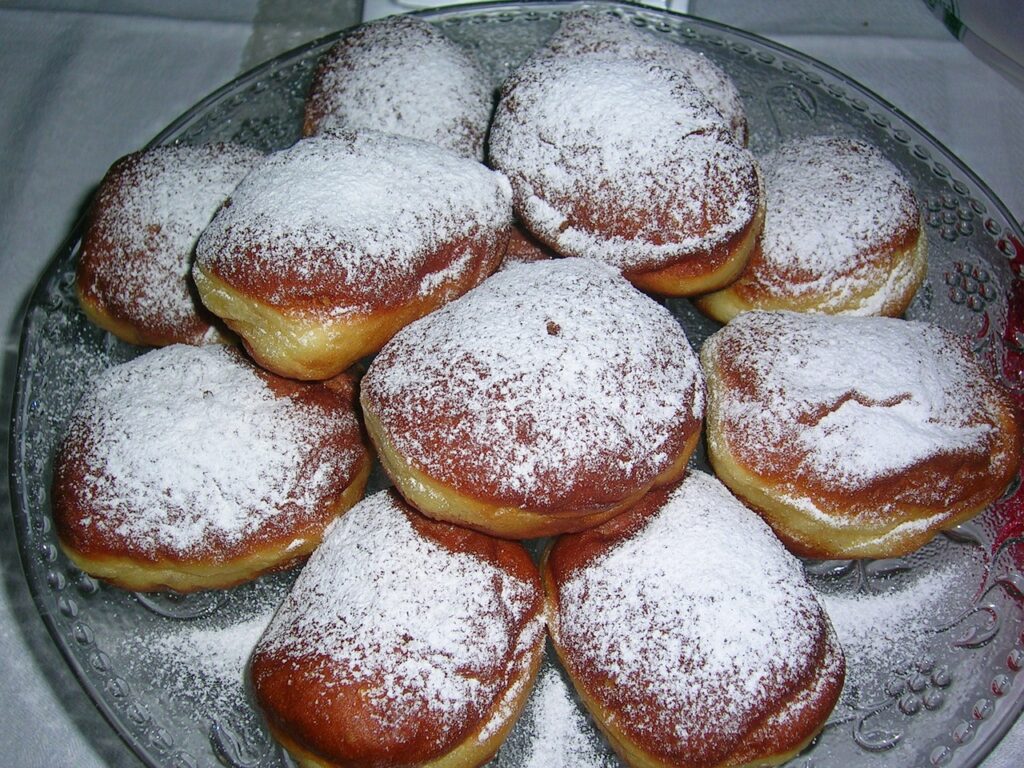 That’s right, jelly-filled doughnuts are origionally Polish! Paczki, pronounced pOHnch-kee, are traditionally smaller than the average doughnut, stuffed with jam, rolled in powdered sugar, and served with flair on Fat Tuesday. While jam is traditional, they can now be filled with sweet cheese, pudding, or even Nutella!

This honey cake is almost like a gingerbread cookie, but soft, moist, spiced with cinnamon, nutmeg and cloves, and doused in a chocolate glaze or icing. Basically, it’s just better. Pierniki, also known as Torun gingerbread, are usually served in a heart shape, and can be filled with jelly as well! 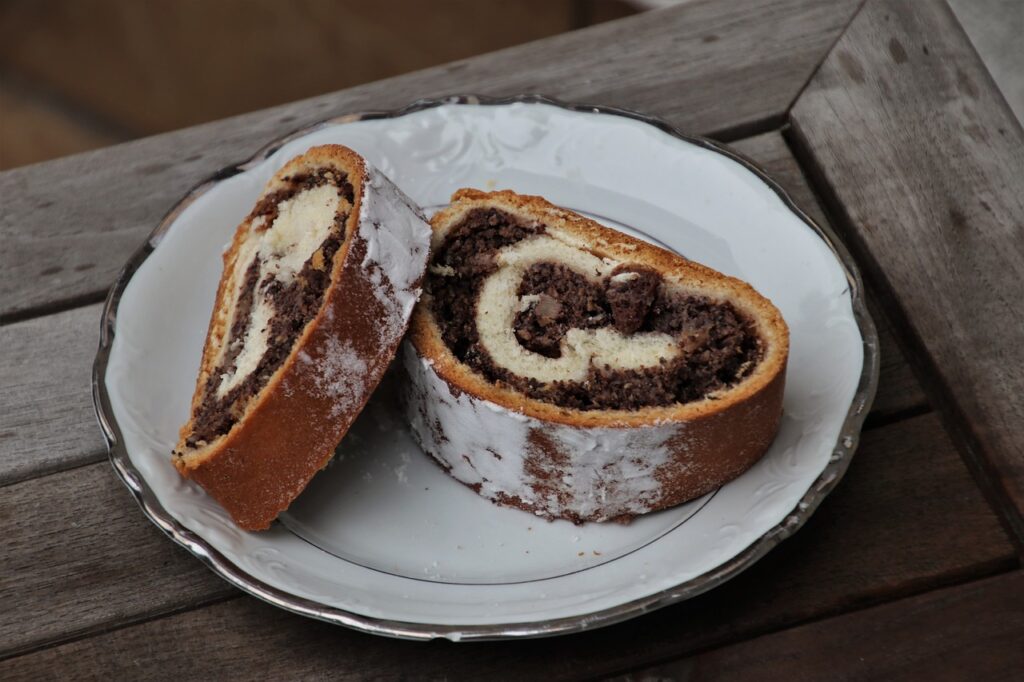 Considered one of the most traditional Polish desserts, makowiec is a simple poppyseed cake-like pastry that is served up for the holidays. You’ll find these little swirling desserts on the Christmas and Easter dessert tables in Polish homes. If you get the opportunity to try one, go for it! They’re delicious and offer a taste of genuine Polish culture.

Last, but not least… 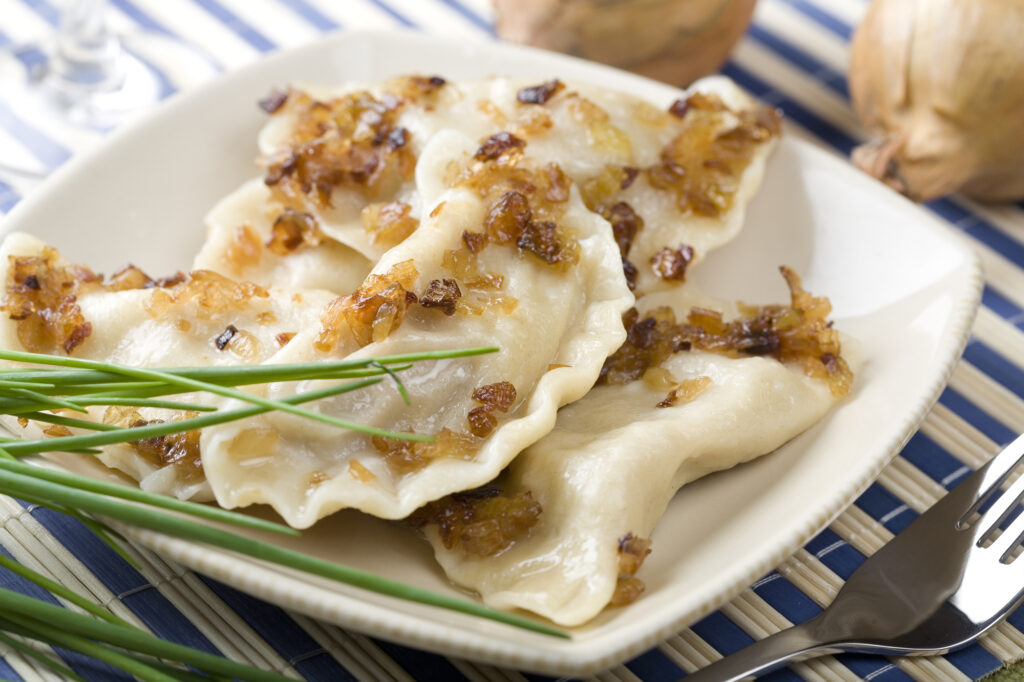 There’s no way we could leave out the most iconic Polish food, even if it isn’t the most popular meal in Poland. These tasty dumplings are usually stuffed with meat, mushrooms and sauerkraut, and occasionally seasonal berries, buckwheat, sweet cottage cheese, or friend onions. They’re always served on Christmas, and contrary to the American version, never have mashed potatoes inside.

Interested in knowing more about the food, culture, and history of Poland? Join us this Tuesday as we explore this charming country. Click here to register and get your link!